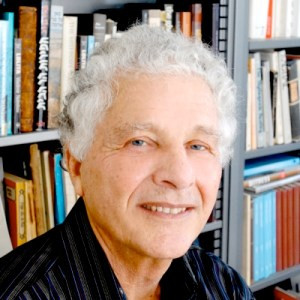 On Thursday, March 25, more than 250 people attended a virtual salon with Robert Alter, translator of the Hebrew Bible, made possible by a grant from the Harold C. Smith Foundation. It was hosted by a panel of Ursinus faculty and staff.

This was a rare opportunity and special experience for students to meet and hear from the author of “Genesis,” a text read and studied by each first-year Ursinus student during the Common Intellectual Experience taught during the fall 2020 semester.

In her introduction, Professor of English and Associate Dean Meredith Goldsmith said, “Alter’s translation makes the dramatic power of the Hebrew Bible palpably evident, inviting readers into discussion of gender, power, and the divine in the text, to name just a few issues. Reading Alter’s translation, even lifelong readers of the Bible may view the text from a fresh perspective.”

One of the first questions that Alter answered was regarding his inspiration for undertaking the work. He shared his admiration for the King James Bible, saying that the translators “were in touch with the literary culture of their own age.” Unfortunately, he adds, “There are a lot of errors, too, because the Christian Hebrews in the 17th century didn’t know biblical Hebrew the way we do now.”

More recent translations from the 20th century, he says, are not as pleasing in a literary sense, saying that the “translators had a tin ear for literary English.” This motivated him to do his own translation.

Describing himself as “a very literary person,” Alter set out to make an authentic, yet enjoyable work. “What I tried to do … was to give the English version of the Bible a literary shaping that was akin to not identical with, but akin to the shaping of the Hebrew and try to make it eloquent.”

During the hour-long event, Alter gave a personal and conversational talk covering an array of topics, including the technical aspects of his process, and the challenges and the trepidations of such an endeavor.

He also answered questions from students and faculty regarding his own choice of college major and current works. In addition to several projects on tap, Alter’s book Nabokov and the Real World: Between Appreciation and Defense was published earlier this month.