A Bridge from Past to Present

The story and legacy of Ursinus College’s first Black male graduate is fairly well established—and it’s all thanks, in part, to one staff member’s exploration of a box of alumni correspondence nearly 25 years ago. Unpacking even more of Ursinus’s Black history is an endeavor that has been undertaken in recent years by students. 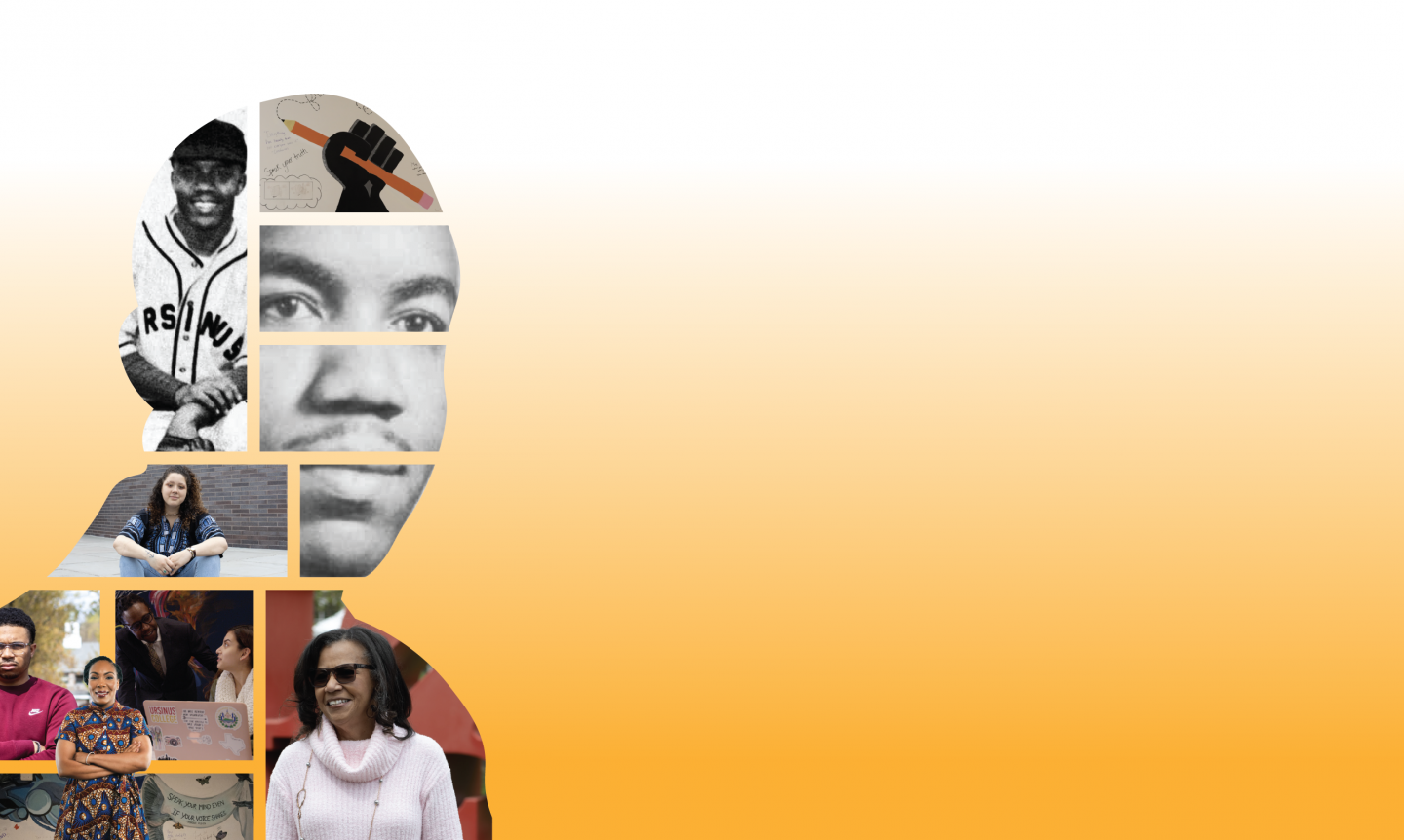 In 1952, William Robert “Bob” Crigler (1934-2018)—a star catcher who also played basketball and football at Orrville High School in Ohio—was recruited by Ursinus. During his years as a Bear, Crigler was a standout not only on the baseball and football fields, but also in the boxing ring and on the wrestling mat. Known for his “swivel hips” (at least according to his 1956 yearbook bio), the psychology major sang with the Meistersingers, performed on stage with the Curtain Club, and joined Delta Mu Sigma (a.k.a. Demas).

Then Crigler and the college lost touch—for more than 40 years.

From Collegeville, he had headed west to California, where he earned a master’s degree in public administration at Pepperdine University and then a Ph.D. in government at Claremont Graduate University. For most of his professional career, he was the executive director of a residential care center for children who required emotional support. He also held a variety of positions with the Los Angeles County Probation Department and spent 15 years in the classroom at various colleges and universities.

In 1997, Paulette Patton joined the college as director of multicultural services and tutorial programs, and she was specifically tasked with helping to improve retention rates among Black and Latinx students. In addition to addressing the social and academic aspects of college life for minority students, Patton also wanted to connect them with alumni who could demonstrate that a degree was attainable. It was this initiative that brought Crigler back to Collegeville. 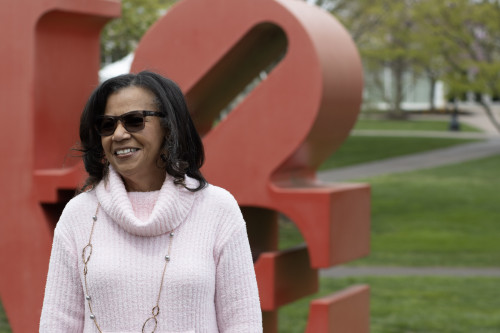 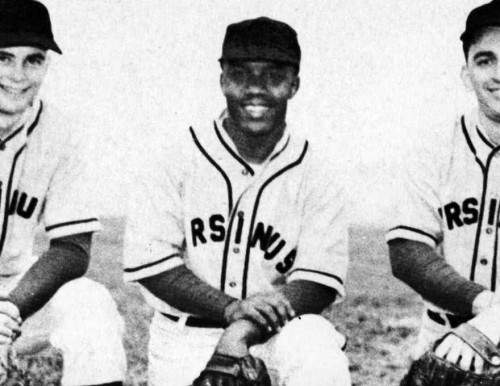 “I was going through a box of files that were brought to my office, and in this box of files were forms that Black alumni had filled out,” said Patton. “I saw one with Bob Crigler’s name on it, and in big letters he had scrawled across the top, ‘I am the first Black graduate of Ursinus.’ I thought, ‘Well, this should be the first person that I invite back to Ursinus to speak to students.’”

Within a year, Crigler was back on campus, and his connection to the college only grew. He received an alumni award in 1998 and an honorary doctorate in 2006. Then in 2011, the Bridge Program—which started in 1988 as a three-week summer experience for students from historically underrepresented populations—was named for Crigler at Patton’s urging.

Now known as the W.R. Crigler Program for Student Success, “it started as a summer program, but then became a 12-month program, and I would even say a four-year program,” said Patton, noting the pride that each cohort demonstrated in their group at events such as commencement and homecoming. “They felt part of the institution, that they could come back as they had seen other alumni come back and feel just as much a part of Ursinus.”

The significance of Crigler—the man and the program—is of course only the beginning of a much larger history. In recent years, students in two of Patricia Lott’s courses, “Intro to African American and Africana Studies” and “Race and the University,” have endeavored to bring the stories of more Black students, staff, and faculty to light.

In both classes, students were assigned digital archival projects that were expressly connected to the topics of the course and that required them to engage the history of Ursinus as an institution, said Lott, who is an assistant professor of American Studies, African American and Africana Studies (AAAS), and English.

The archival documents that students have collected over the years are too numerous to list here, but among the alumni who have been spotlighted, in addition to Crigler, are the college’s first Black female graduates, Deborah C. Bumbry ’73 and Carol L. Clark Lawrence ’73 (who also served on the college’s board of trustees from 2001-13 before shifting to emerita status). There was also a look at recruitment and retention efforts over the years that included a 1989 proposal from Admission Counselor and Minority Student Adviser Jenneen Flamer ’74—with handwritten feedback from President Richard P. Richter (1931-2005) attached—as well as a number of articles penned by Black Student Alliance President Byron Jackson ’69 that appeared in Ursinus Weekly.

Did You Know?While Robert Crigler may have been the first Black college graduate in the history of Orrville and Ursinus, he was not the first Black college student for either the town or the institution. In 1952, fellow Orrville High School graduate Ben Settles (1933-2003) enrolled at Ursinus with Crigler. As a first-year student, Settles was class treasurer and a star soccer player. As a sophomore, he competed with the track team in the Middle Atlantic Conference Championships and earned second place in the broad jump. He left Ursinus before his junior year, but he returned in 1957—a year after he was originally scheduled to graduate alongside Crigler—and rejoined the soccer team and served as treasurer of the Student Education Association of Pennsylvania. He graduated in 1959.
Read our students’ research on the Crigler legacy and inclusion at Ursinus. 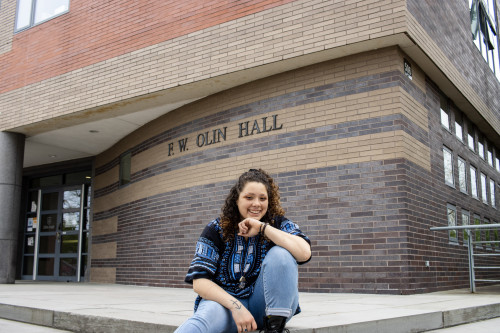 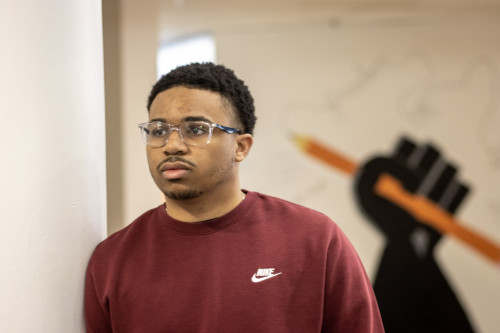 Cyn Ercole ’21 is a psychology major who was part of a group that researched Unity House, a space she experienced as a first-year student, in Lott’s “Race and the University” class. While the project does touch on the physical history of the building and its beginnings as Studio Cottage, the primary focus is on its role as a welcoming, inclusive space where students felt at home. The work that was done within its walls was to improve the experience for underrepresented students now lives with the Institute for Inclusion and Equity (IIE).

As for the class itself, Ercole said she was deeply impacted by what she called its profound amount of knowledge. “There’s one text in particular that stands out,” she said. “It’s Ebony and Ivy by Craig Steven Wilder. It just fully goes into depth about the institutional systemic racism that has prevailed since enslavement times.”

Inspired by the class as well as Common Intellectual Experience texts Between the World and Me by Ta-Nehisi Coates and The New Jim Crow by Michelle Alexander, Ercole decided to add a minor in AAAS.

“I learned all of these historical realities that were not taught to me in early education,” she said. “I didn’t even know this history in my world existed. And as scary as it is knowing everything I know now about our history, it’s so important because knowledge is the power that no one can take away from you.”

In her “Intro to African American and Africana Studies” course, Lott always includes a unit on the Black campus movement, with a focus on its peak from 1965-72 as covered by Ibram X. Kendi’s book of the same name, The Black Campus Movement.

Part of the movement focused on efforts to make education more relevant to and inclusive of students from more diverse backgrounds. “It was led by Black students, but they had a broad cadre of support from different racial groups of students,” said Lott.

“What they were fighting for was Black studies departments and programs, and the inclusion of more history that concerns Africans and their descendants in the curriculum. They also wanted integrated dorms, and dorm spaces that had cultural things dedicated exclusively to Black students. They founded Black student unions where they could organize with their peers to help shape social life on their campuses, which may have been very hostile to Black student presences.

“It was a really broad-ranging movement to reshape campus life and to have an education that wasn’t so Eurocentric, that didn’t erase important historical facts and events like slavery. Moving forward, we look at what has been the outcome of the Black campus movement in the present because it really provided the institutional context for what people call diversity and inclusion.”

What Lott found was that learning about the Black campus movement left students wanting to know more about the history of race and racism in colleges and universities, specifically at Ursinus. “I thought it would be really good for me to have a class dedicated to looking at these issues of race and racism in higher education,” said Lott. Thus, “Race and the University” was born out of students’ intellectual curiosity.

Jalen Everette ’22, a political science major who participated in the Crigler Program, researched the history of retention efforts at Ursinus (it was his group that spotlighted Flamer’s memo from the archives).

“We did rigorous, rigorous hours of searching through archives and reading different types of literature,” said Everette. “We learned a lot about the history of Ursinus—the good, the bad, and the ugly. We could see how much Ursinus has progressed.”

As president of the student body, he has a greater appreciation for the work that has been done over the years. “I get to see the student side and the administration side.”

Retention is an area he is still working to improve by creating more opportunities that allow minority students to feel comfortable on campus. “But I definitely see the strides that Ursinus is making,” said Everette, noting the work of IIE Director Ashley Henderson and Director of Community Standards and Values and Assistant Dean of Students Terrance Williams, as well as the impact of the IIE’s additional staff, programming, and budget. 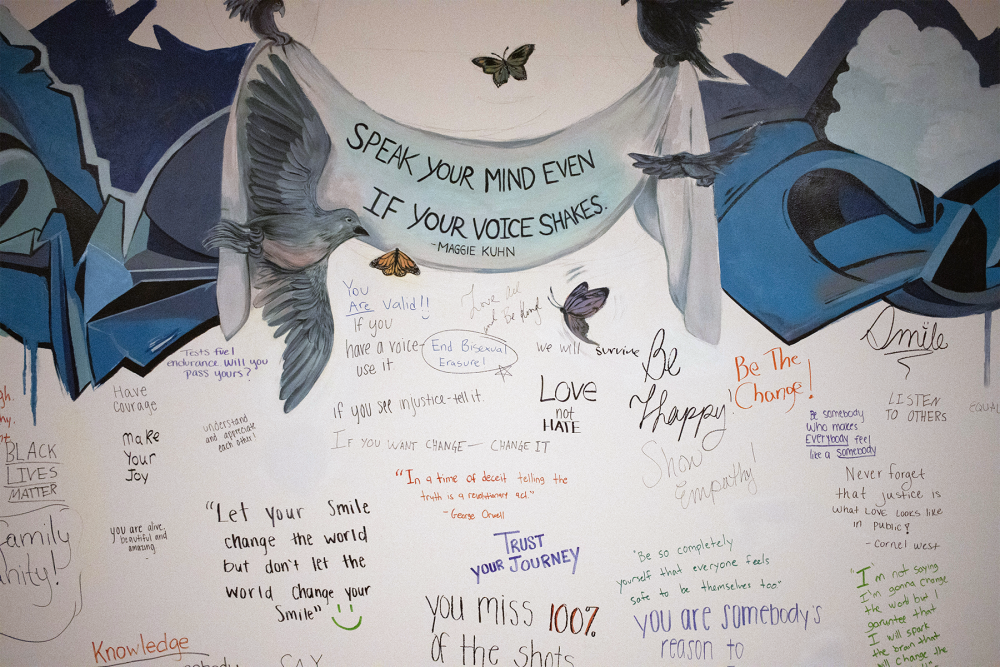 He also credits the administration for not only maintaining open lines of communication with him, but also actively seeking feedback. “I’m in constant contact with Ashley Henderson and [Vice President for College and Community Engagement] Heather Lobban-Viravong,” he said. “Some students might not feel comfortable going to an administrator and telling them some of their grievances on campus, but they might feel more comfortable with me. I take pride in just being able to sit there and communicate with my peers, and then being able to communicate that to the administration so hopefully we can make some changes.”

Through the work of the Diversity Action Resource Team and the installation of the Ursinus Free Speech Wall in Lower Wismer earlier this semester—an initiative he worked on with President Brock Blomberg—Everette feels the college has made some impactful changes.

“It’s just another sign that Ursinus is growing and making strides to be a more inclusive and diverse environment for everyone.”

“Oftentimes the only way to understand the present is through knowledge of the past,” Lobban-Viravong said. “Professor Lott and her students have given the college a gift in this regard. Their digital archival projects will live well beyond our time at Ursinus. What this history shows us, though, especially the history of race in higher education, is that despite some progress, we have so much farther to go on this journey.”

What We Are Reading & Watching The Institute for Inclusion and Equity and the Diversity Action Resource Team curates a list of suggested resources concerning race and
inclusion to help educate all members of our community. Visit ursinus.edu/IIE for more. Here are some examples:

What We’re Reading:The New Jim Crow: Mass Incarceration in the Age of Colorblindness by Michelle Alexander
Between the World and Me by Ta-Nehisi Coates
So You Want to Talk About Race by Ijeoma Oluo
Why Are All the Black Kids Sitting Together in the Cafeteria? And Other Conversations About Race by Beverly Tatum
If Beale Street Could Talk by James Baldwin 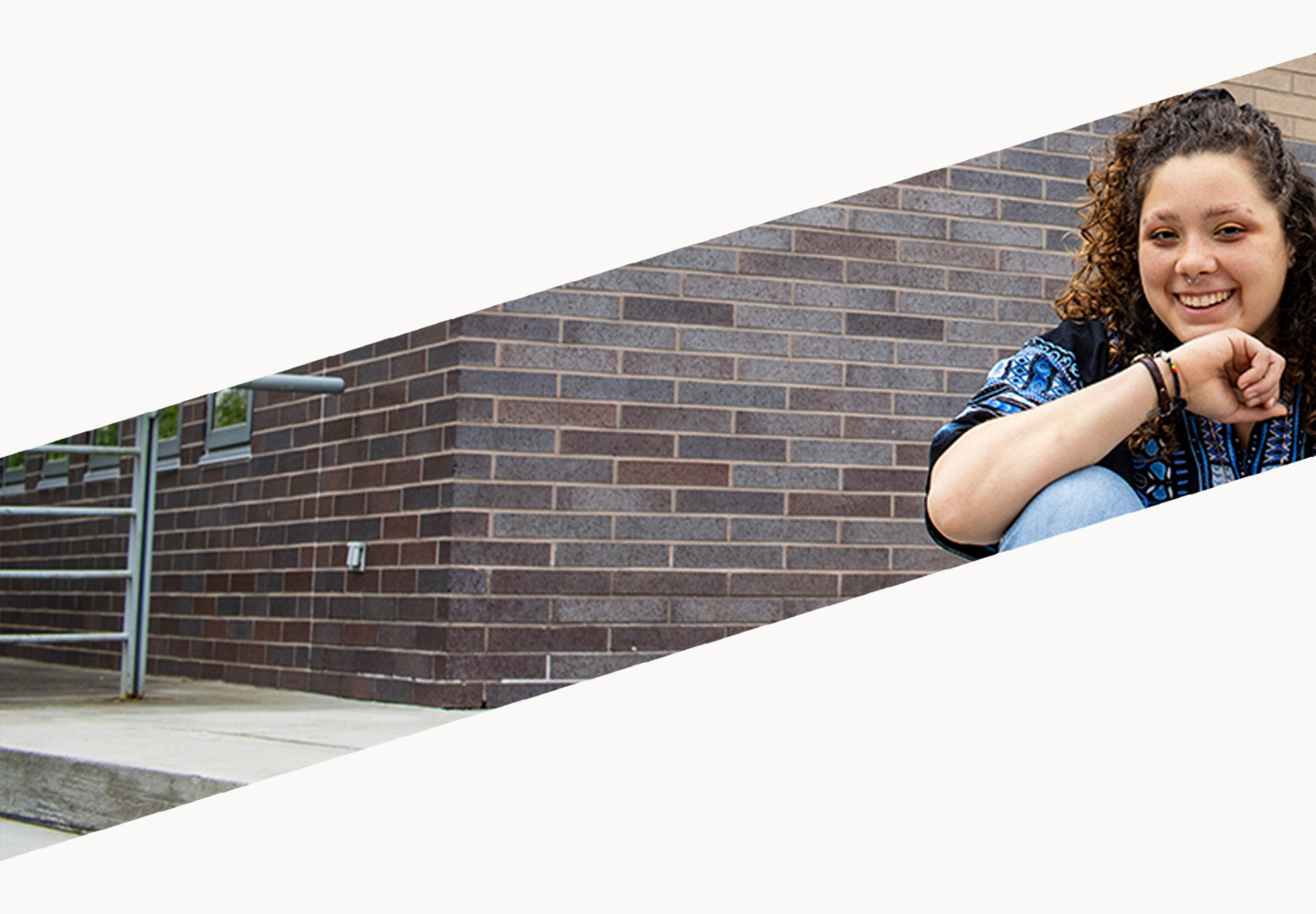 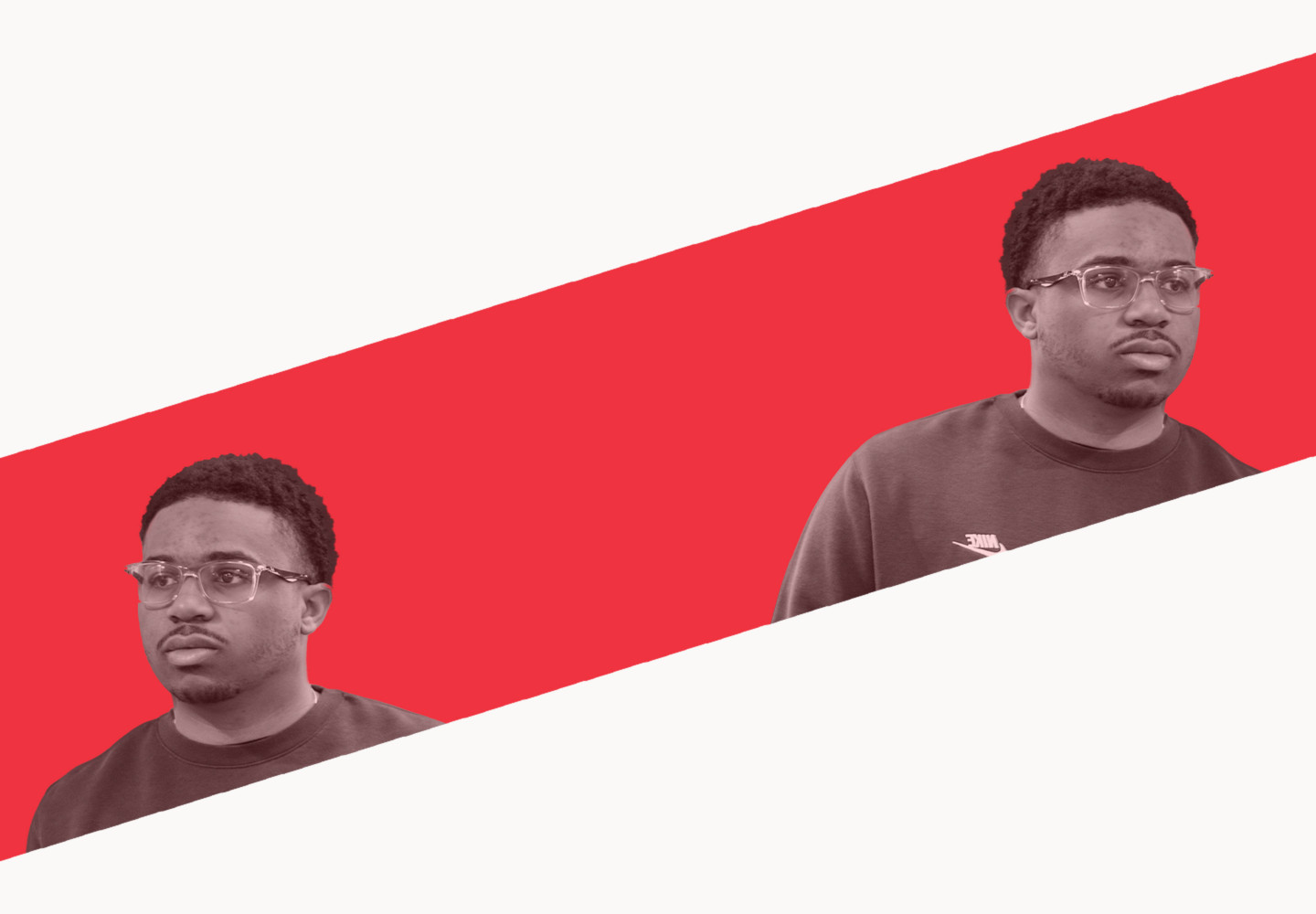