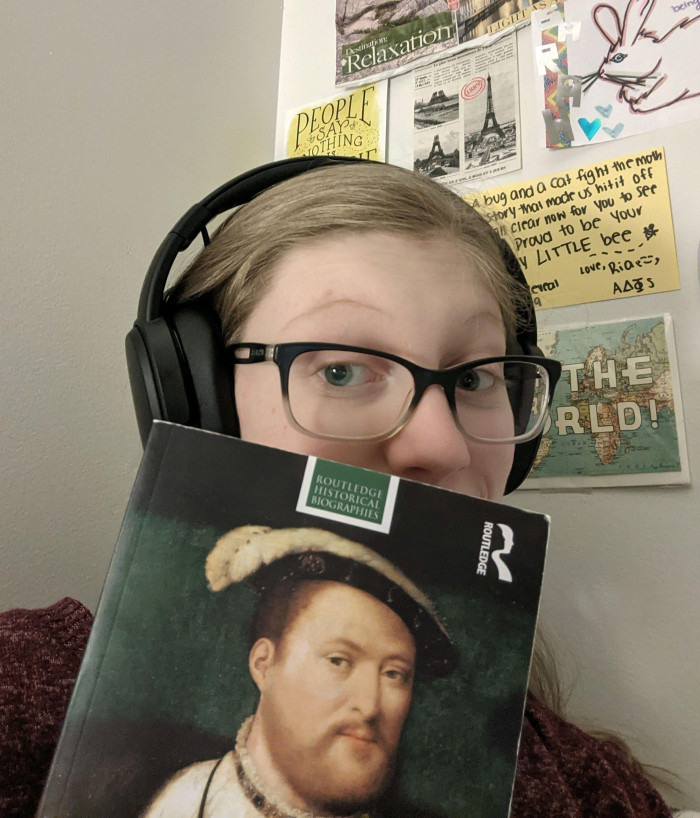 Last year, Sarah Buck ’22 wrote a short story for a fiction class. When she started adapting it into a one-act play as part of independent study project, she soon realized there was more of the story to tell. Now the first-time playwright is continuing the story as part of her Summer Fellows project.

“I started adapting it into a play with my adviser, Meghan Brodie, and as we reached the end of the story we realized that there is a lot more that can happen with the plot,” said Buck. “We decided instead of just making a one-act play like originally planned that we would continue it as part of Summer Fellows so I can finish the play, most likely in two acts.”

Buck’s playwriting endeavor focuses on the story of a witch living in Paris. “The main idea is about magical people in the world and what happens when their magic is threatened. I’ve been working a lot in realistic fiction recently, so it’s fun to do something a little different. This is my first time building my own magical world so it’s definitely an interesting new task.”

As part of her research for the project, Buck has been reading and annotating plays to uncover what makes them appealing to an audience. “I’m reading a lot of plays by women and people of color,” she said, adding that some examples include Father Comes Home from the Wars by Suzan-Lori Parks and Fairview by Jackie Sibblies Drury. In addition to studying what makes the plays appealing to an audience, Buck is also taking notes on the basics, such as formatting dialogue and different plot points.

Buck hopes to do a reading of one scene at the conclusion of Summer Fellows and perhaps have the entire play performed on campus before she graduates. “I’ve always loved writing, ever since I was younger, and I’ve always loved theater,” she said. “Except the thing is that I can’t sing, I can’t dance, I can’t act, and I like being in the background, so writing plays just seems like a natural thing for me to do. It’s really nice to do something creative, especially because of everything that’s been going on recently. It’s been difficult to create art. Being able to do this for my Summer Fellows project has been exciting, to jump back in and feel like I can write again.”

Wellness Through Yoga—On and Off the Mat