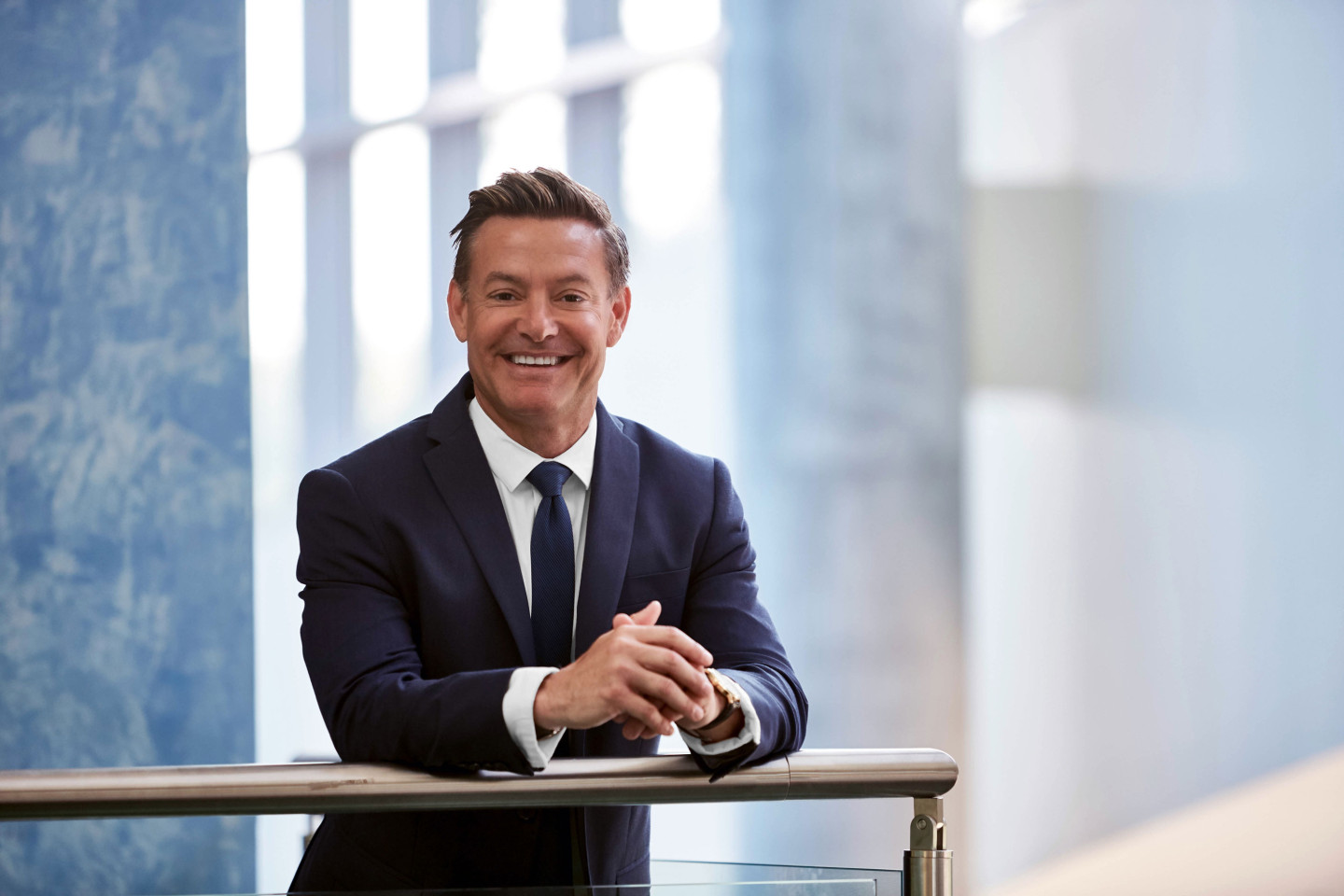 
President Blomberg to Step Down After Six Years Leading Ursinus

Brock Blomberg, who has led Ursinus College since his inauguration in 2015 and shepherded the institution through its 150th anniversary and a bold strategic plan, announced that he will step down as president on Sept. 1. He will become president of the California Institute of Integral Studies (CIIS) in San Francisco.
HomepageNewsPresident Blomberg to Step Down After Six Years Leading Ursinus
June 23, 2021

In an announcement sent to the entire campus community, Blomberg said, “I consider it my greatest honor to serve as a president of a 151-year-old college that celebrates such a rich spirit of camaraderie and whose people I will always count among my closest colleagues and friends.”

Over the past six years, Blomberg led Ursinus through a truly transformative period in its rich history, one that both reflected on its longstanding reputation as a leader in the liberal arts and looked ahead to a future fueled by an inquisitive new core curriculum that garnered national attention. Guided by the Ursinus150 strategic plan, which was set upon a foundation of three pillars—learning, living together, and building lifelong connections—Blomberg championed the liberal arts and asked all members of the Ursinus community to challenge conventional thought, a mantra also supported by the Quest core curriculum, which is grounded in four open questions that provoke contemplation and action.

He led the college during its most ambitious—and successful—comprehensive campaign, Keep the Promise, which paralleled the institution’s sesquicentennial celebration. He transformed the footprint of campus, guiding the long-planned Innovation and Discovery Center to completion. His enthusiasm for Collegeville and the surrounding community led to the development of the Schellhase Commons, a new campus gateway, welcome venue, and admission center.

Most recently, his aggressive approach to confronting the pandemic and prioritizing the health of the campus community was recognized by The Philadelphia Inquirer.

“Brock often referred to Ursinus as a ’150-year-old start up,’ and his legacy certainly reflects that moniker,” said Rob Wonderling P’16, chair or the board of trustees. “I am grateful, as chair of the board, to have worked with Brock. Ursinus is stronger because of his leadership, and we wish him the very best as he prepares to take the helm at CIIS.”

Ursinus is a wonderful community, blessed with so many talented students, faculty, staff, and alumni whose affection for one another is truly the hallmark of this institution. I consider it my greatest honor to serve as a president of a 152-year-old college that celebrates such a rich spirit of camaraderie and whose people I will always count among my closest colleagues and friends. I have been inspired by your generosity and your fierce commitment to such an esteemed mission.

If individuals are what truly make an institution great, then Ursinus stands above the rest. And that makes the news I am about to share so humbling.

On September 1, 2021, I will begin a new chapter as president of the California Institute of Integral Studies in San Francisco. After six highly rewarding years in Collegeville—during which we faced some challenges and, together, achieved unprecedented growth—this opportunity provides a chance to return to the West Coast, where I look forward to laying down new roots with my fiancée, Nikki, and our extended family.

It has been a true privilege to serve as your president. Our entire community represents the very best of Ursinus and our commitment to lifelong learning, and for that I am so very thankful.

Ursinus has many reasons to celebrate its next chapter. The strides we’ve taken to strengthen the Ursinus Quest has garnered national attention. We transformed the footprint of campus, strengthened our relationships with community leaders in a real and meaningful way, and inspired philanthropy that put the college on firmer financial footing. We continue to work hard to make Ursinus a welcoming home for all—a collective effort that must prevail. In short, we are raising our national profile in the most meaningful and enduring of ways and, for that, we should all be proud.

I would also like to express my gratitude to our board of trustees and our chair, Rob Wonderling P’16. Higher education is always evolving and changing in so many unpredictable ways. We are so well positioned as an institution because we have a board that is unwavering in its support of our mission and who truly understands the college’s potential.

I am grateful to be a small part of such a legacy, and I know that our shared vision of a truly democratic, liberal arts education will boldly carry forward here at Ursinus. Thank you for entrusting so much confidence in me these past six years, when even a global pandemic could do little to stall our momentum. Go Bears!

Message from Board Chair Rob Wonderling

Earlier this afternoon, President Blomberg announced that he will be returning to the West Coast after accepting an offer to become president at the California Institute of Integral Studies (CIIS). While this may be a terrific opportunity for Brock to begin a new journey that also brings him closer to family, it means that Ursinus is losing a champion of liberal arts whose creativity and entrepreneurial spirit has inspired us for six years.

During that time, my fellow trustees and I had the delightful opportunity to work with Brock and witnessed firsthand, each and every day, his boundless energy and his deep—and authentic—commitment to our students, faculty, and staff. We first witnessed his creativity at his Inauguration Ceremony in October 2015, when he unveiled three ideas that would soon become hallmarks of his tenure: an Innovation and Discovery Center near the academic heart of campus, a community-inspired welcome space that would become the Schellhase Commons, and a direct connection to Center City that would be later be known as PhillyX. Brock also assembled an exceptional leadership team with a well-articulated vision for Ursinus as providing a top-tier residential liberal education. He has been a transformative president whose vision for the college inspired Ursinus150 while also providing a solid foundation of Every Student’s Success, our next strategic plan.

Brock often referred to Ursinus as a “150-year-old start up,” and his legacy certainly reflects that moniker. I am grateful, as chair of the board, to have worked with Brock. Ursinus is stronger because of his leadership, and we wish him the very best as he prepares to take the helm at CIIS.

We now must turn our attention to writing the next chapter for Ursinus. In consultation with the on-campus leadership, the board of trustees has begun the process of planning for a presidential search, and we will soon share an update regarding the college’s interim leadership succession.

Please join me in congratulating Brock and wishing him and his family the very best in San Francisco.