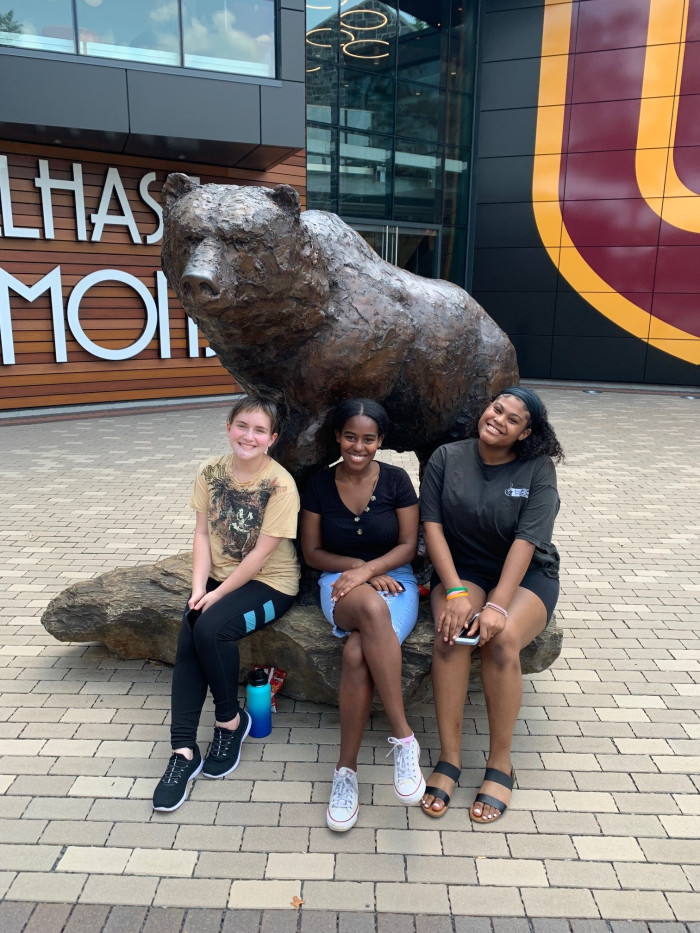 High school students got a taste of CIE and Quest during the Freedom, Citizenship, and Equality program funded by the Teagle Foundation.
HomepageNewsA Quest of Their Own

A Quest of Their Own

Ten area high school students spent two weeks this summer reflecting on what it means to be a U.S. citizen during an Ursinus Quest-style program that draws from the Common Intellectual Experience.
by Ed Moorhouse August 25, 2021

The Freedom, Citizenship, and Equality program is funded by a three-year, $165,000 Teagle Foundation grant and brought in students from Upper Perkiomen High School, Perkiomen Valley High School, and Pottstown High School. This was the second year of the program. It was not held in 2020 due to the COVID-19 pandemic.

“This program exposes students to something they haven’t had much experience with to this point, and that’s having meaningful discussions in a liberal arts college environment,” said Paul Stern, a professor of politics who co-led the sessions with Sheryl Goodman, an associate professor of media and communication studies. “Our goal is to prepare them to be better informed, more thoughtful citizens.”

During the two weeks, the students talked about immigration, read and discussed primary documents like the Declaration of Independence and the U.S. Constitution, and studied Supreme Court cases, Civil War-era speeches, and reflected upon them in the context of contemporary issues.

“[Goodman] teaches about the foundations of having difficult discussions, so it was really useful for the students to hear those perspectives,” Stern said. “I think the students appreciated that we asked them to not shy away from controversial issues—the issues that can be polarizing in our society—but to talk about them in a thoughtful way, as an Ursinus student might do in CIE. That’s a very satisfying thing to do.”

The high school students were also be mentored by current Ursinus College students and received college credit upon successful completion of the program. One student said, “The most rewarding part of the program is being able to hear other people’s ideas and point of views regarding serious and controversial subjects. It allowed me to see a wider scope of ideas that I would not have been exposed to if I had not participated in the program.”

The Teagle Foundation works to support and strengthen liberal arts education, which it views as fundamental to meaningful work, effective citizenship and a fulfilling life.