It’s been quite some time since the observatory that sits atop Pfahler Hall has been used to gaze up at the skies above. Now, aspiring physicist Brian Barker ’22 has made it his mission to restore it to its former glory. 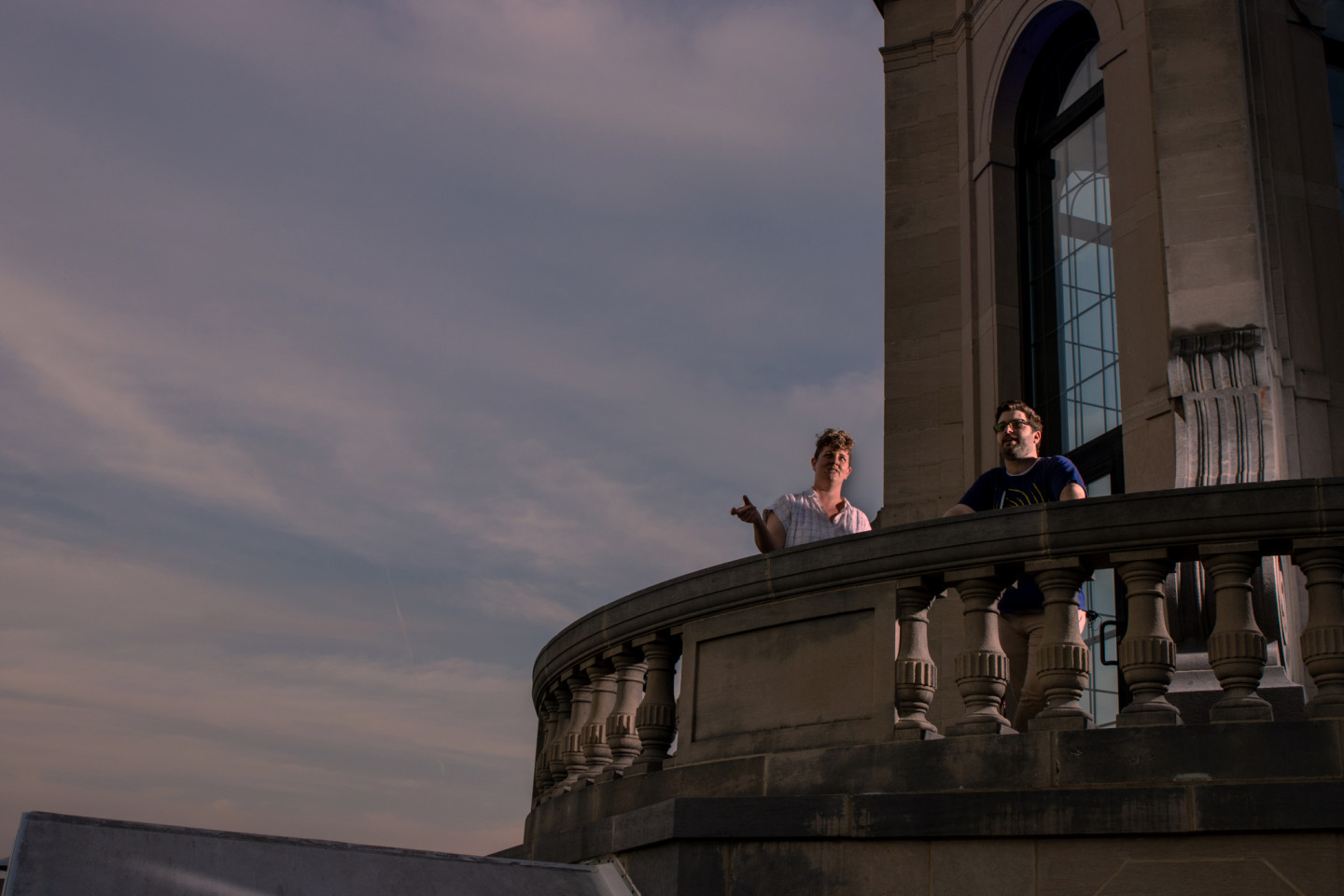 At 25, Brian Barker ’22 was delivering pizzas near his hometown of Lansdale, Pa. To pass the time during deliveries, the Central Bucks West High School graduate would listen to audiobooks about physics. As he drove from house to house, night after night, he realized he was developing an impressive understanding of the topic.

Following a decision he describes as “very spur of the moment, very ‘I need change,’ and very ‘I’m going to do this and make it work,’” he delivered the final pizza of the night, and then promptly went home to apply to Montgomery County Community College (MCCC) in hopes of turning his passion for physics into a degree.

The rewards (so far) for his spontaneity came just over two years later, first in the form of an associate’s degree in science, followed by a $25,000 Ursinus scholarship earmarked specifically for MCCC transfer students.

“There was a point where I thought I would be delivering pizzas for a very long time or the rest of my life,” said Barker, now with his junior year complete. “But here I am, three years later, fixing up an observatory. It’s been a very wild ride.”

That observatory is, of course, the Marsteller Observatory, which sits atop Pfahler Hall. It was one reason that Ursinus was first on Barker’s list of schools as he prepared to transfer and earn a bachelor’s degree—and it became the sole focus of his Summer Fellows project this year.

“It’s a great facility. It just needs some TLC,” said Barker. “I’m doing everything I can to get the observatory up and running. As much as it is a somewhat selfish pursuit because I want to use the observatory myself, I also see how important this could be for future students and future generations going to Ursinus.”

The physics major’s endeavor is much like the original student-driven mission that first brought the observatory to Ursinus more than 70 years ago.

As a sophomore in 1947, Walter W. Marsteller (1914-1975) attended a meeting at the Franklin Institute in Philadelphia, where he and the college received an offer that was hard to refuse: The Institute would lend Ursinus a 10-inch refractor telescope if space for it could be provided on campus. The administration accepted the offer, and Marsteller, with help from other students and the Ursinus maintenance staff, quickly got to work constructing a dome made of scrap and war-surplus material. The observatory was officially dedicated to Marsteller’s memory in 1976, and then replaced in 1998 as part of the renovation of Pfahler Hall.

“There’s a little plaque up in the observatory with a write-up of Walter Marsteller and his journey, and honestly I hadn’t read it because I was so focused on all the stuff to do up there,” said Barker. “I took a moment one day to read it, and it was astonishing how the parallels between our two journeys are coming along. That was very, very interesting.”

Barker’s Summer Fellows pursuit stemmed from one of the first classes he took at Ursinus. In the fall of 2020, for students in the “Introduction to Astrophysics” class, Assistant Professor of Physics Kassie Martin-Wells developed a semester-long project that could be safely completed while adhering to precautions related to COVID-19. Barker and three other students set out to create a plan to get the observatory back in tip-top shape. They documented the state of each of the four telescopes, created purchase lists for parts, and collected phone numbers for manufacturers. When the semester ended, Barker wanted to continue the work.

“In the spring, he did a lot of really cool programming that would eventually help students plan observing runs, documenting what kinds of things will be visible in the sky on specific days, at specific times, and in specific locations,” said Martin-Wells, who was also Barker’s adviser for Summer Fellows.

Formulating the calculations for the astronomical observations meant learning GNU Data Language, an open-source version of Interactive Data Language, which is just one of the programming languages used by astronomers and astrophysicists.

“I’m hoping Professor Kassie Martin-Wells can use my tool as a starting point for teaching this language,” said Barker. “It was very difficult for me to learn how to program, having never had any computer science background. I’m trying to make it easier for future students to get into the world of programming. Having been halfway through a physics degree without coding, it was quite a culture shock when we had to start coding and programming things for ourselves to do science. I don’t want other people to feel that way, so I’m trying to write the code in a way that it’s not only a tool, but so you can also go through it and learn about the code itself.”

After two semesters of prep work, Barker’s Summer Fellows project was more hands-on. With direction from Visiting Assistant Professor of Physics Ross Martin-Wells (Kassie’s husband)—who had experience cleaning and maintaining optics in his graduate work in atomic and molecular optics—Barker started cleaning the lenses in hopes of getting one of the scopes in full working order by the end of July.

“All the electronics work on them so it’s really just a matter of getting them clean enough to the point where I can use the computers. We have a bunch of great software and CCD cameras that we use for astro photography, but none of it’s going to be working if I can’t see through the scope or the scope itself doesn’t work. So, step one is to see through the scope, and then do all the fun stuff.”

His efforts paid off, and two of the scopes were usable for eyepiece observations by the time his project came to an end.

Doing much of the work himself was “a huge part of the learning experience” for Barker. “As cool as it would have been to just be able to look through a telescope right away, it was such a better experience going up there and realizing that I have to make this work and learn the process of actually starting an observatory. It’s become way more important to me to learn how to make these things work rather than just using them to look at cool things.” Barker, who has found that the graphic design and 3D animation topics he studied in high school have become very useful, is documenting as much as he can “so that future students can learn exactly how an observatory is built.”

It’s not a surprising outlook coming from a student whom Kassie Martin-Wells describes as passionate and self-directed.

Professor and Guilliam H. Clamer Chair of Physics Lew Riley agrees. “There’s a certain amount of that you cannot teach. When you find a student with a fire lit like his, it’s just magnificent to watch, and all we have to do is get out of his way half the time.”

Next, Barker will continue his work in the observatory as an honors project. He is also brainstorming ways to keep the momentum going, such as creating labs for students in advanced physics classes, collaborating with the Society of Physics Students on events, and identifying events to attract non-physics students to the space via a citizen science project. Then, possibly, graduate school.

And if he does, it would be yet another similarity with Marsteller himself, who also was a transfer student and who also went to graduate school—and later became an associate professor of physics at Ursinus.

Before delivering pizza, Barker was a teacher of sorts as well, doing traveling science shows for elementary and middle schools. He said his ultimate goal is to invite the community to a star party in the observatory before or soon after he graduates. 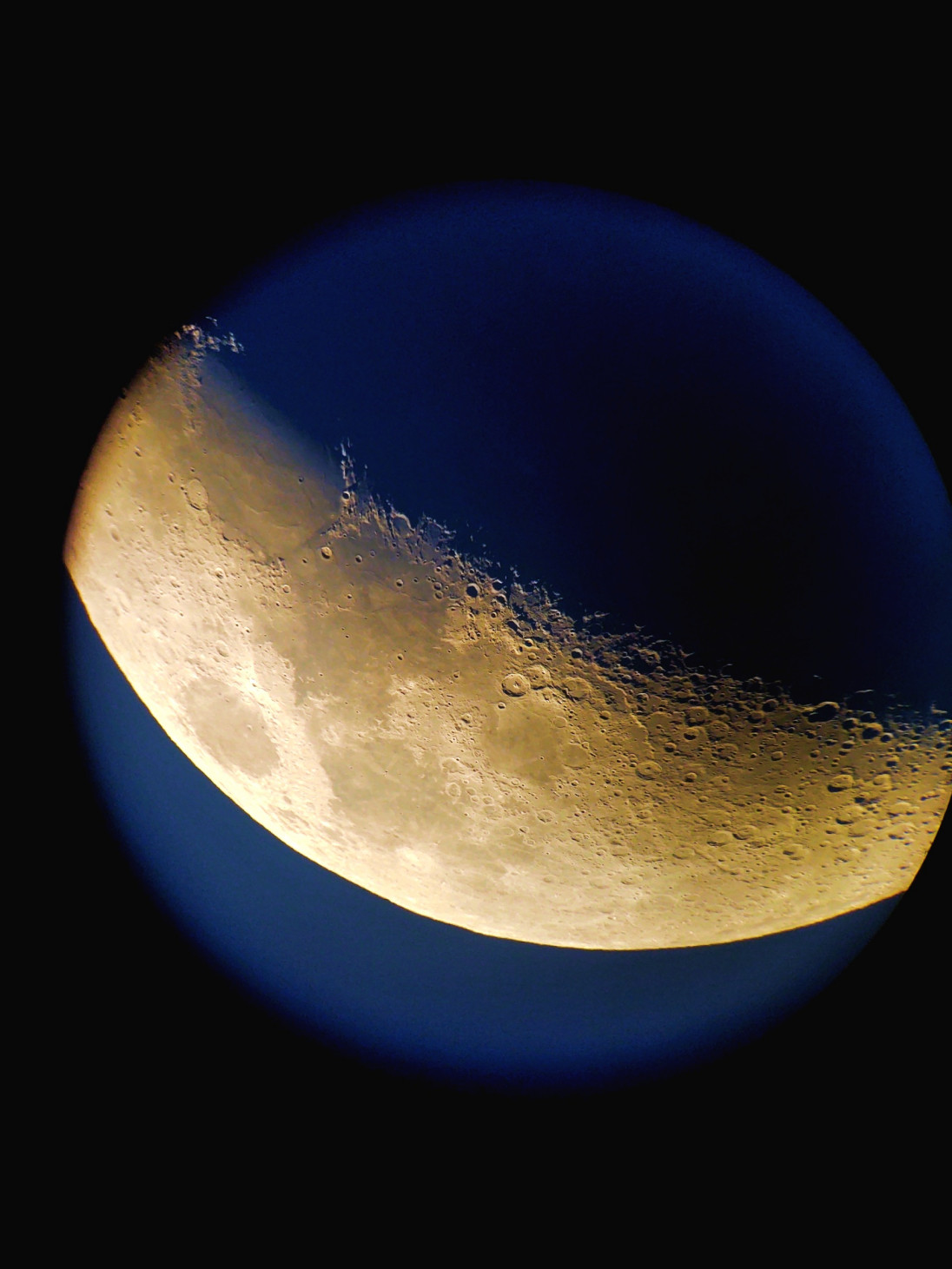 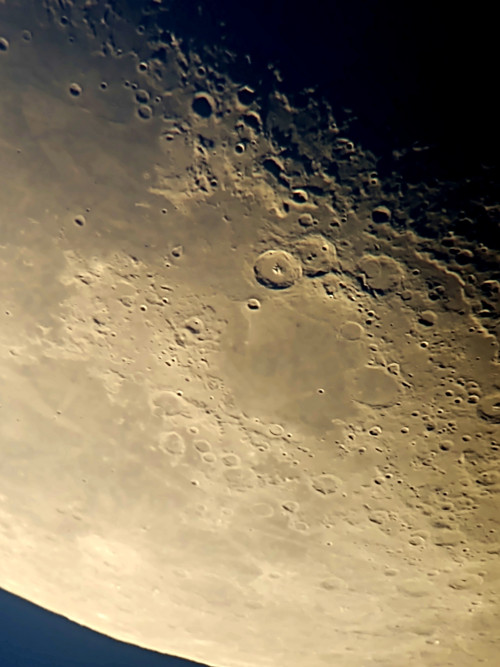 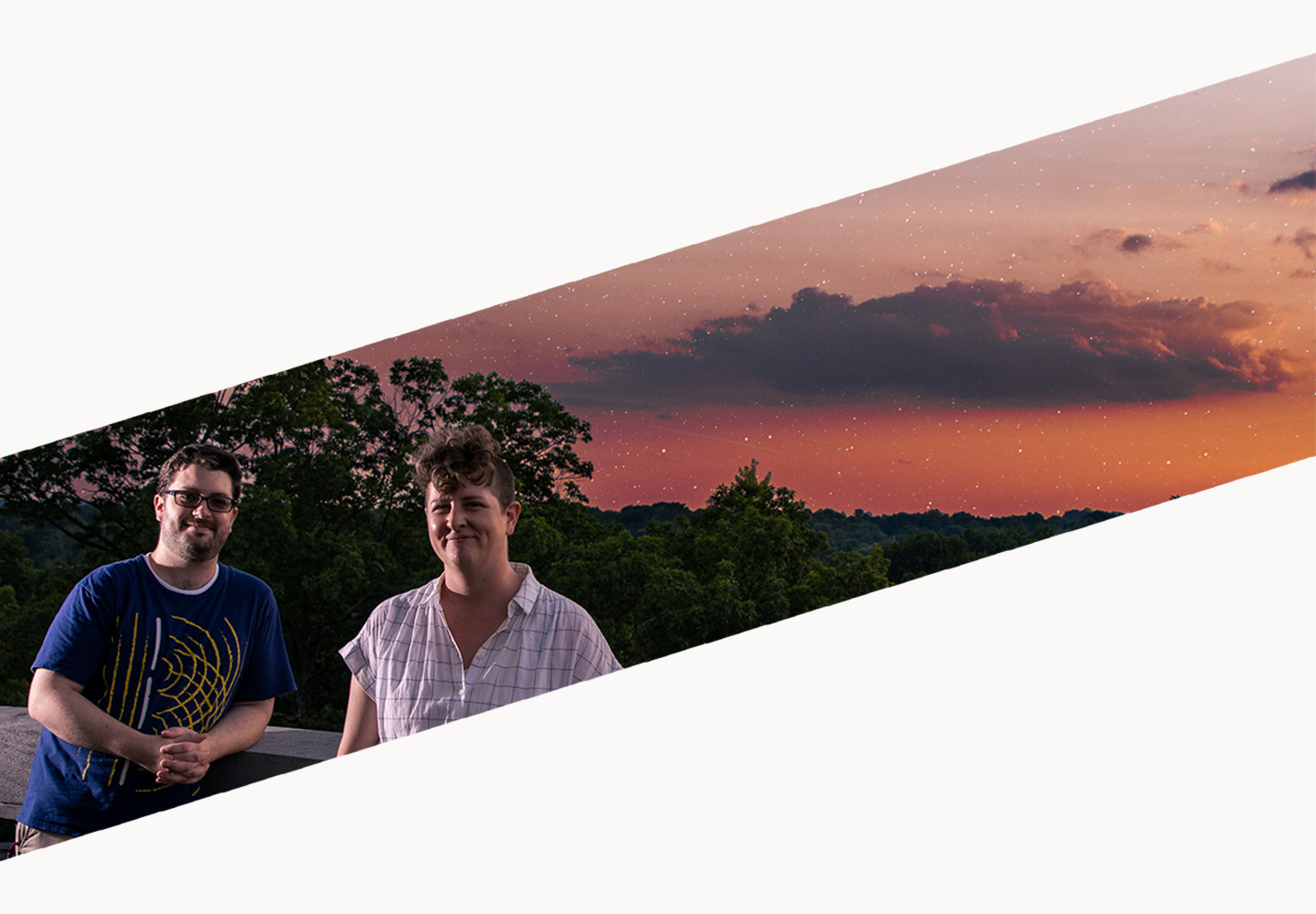 Two Peas in a Pod(cast)