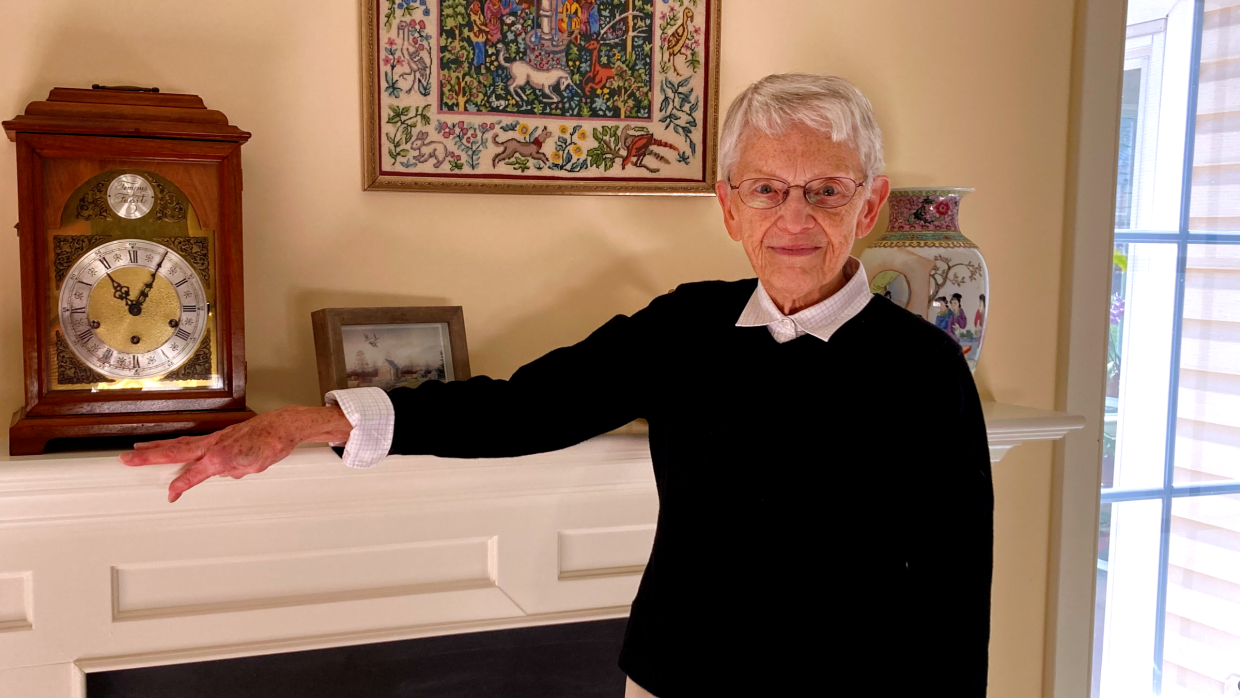 Oftentimes, students begin their college journey without entirely knowing what they want to pursue as a career. They use these formative undergraduate years to turn interests into passions with purpose.

That’s not a typo—McLean entered Ursinus as a first-generation college student at just 16-years-old.

“I was young,” she says with a smile. “I had skipped the fifth grade. Neither of my parents went to college, so I was trying new things. I had a lot to learn. My Ursinus experience was excellent in broadening me and in letting me see what was out there.”

Fast-forward a bit. After McLean graduated from Ursinus, she went on to earn a master’s degree from Villanova University, a doctoral degree from Thomas Jefferson University, and enjoyed a long and accomplished professional career with decades of experience in the biomedical industry.

She was a statistician and research analyst with Merck; held various leadership positions with Centocor—including vice president of U.S. regulatory affairs in research development and vice president of corporate quality assurance—and later became a consultant for start-up companies.

But before all of that, McLean was finding her way as a physics major at Ursinus. She says the liberal arts gave her perspective and a unique worldview that helped prepare her for a career in science. She says, “What Ursinus did for me was make me aware of literature and poetry, languages and history, and economics and psychology—a breadth of experience that I didn’t realize I needed. That was immense.”

Armed with a background in the sciences informed by the liberal arts, McLean left Collegeville determined to pursue advanced degrees and enter the workforce in the biomedical industry. And now, she’s making it possible for more advanced degree-seeking students at Ursinus to follow in her footsteps.

McLean has pledged $3 million to establish the Andrews Family Fellows endowment at Ursinus. It marks one of the largest individual gifts in Ursinus history. The program will support an annual cohort of select students majoring in chemistry, mathematics, or physics so they can pursue summer research initiatives, attend academic meetings and conferences, and participate in specially designed programming to enhance their educational and career pursuits.

The program also earmarks funding for each fellow to receive student debt relief upon graduation, allowing them more freedom to continue their education without carrying such an immense student-loan burden, something that affects college students across the country all too often.

“Ursinus is grateful for Dr. McLean’s generous gift to the college. By establishing the Andrews Family Fellows, we’re providing even more opportunities for undergraduate students to gain tangible research experiences that prepare them for the next stages of their academic career and reach their fullest potential,” says Mark Schneider, vice president for academic affairs and dean of the college. “By setting them up with those experiences now, our students will be more ready and more capable at the graduate level.”

“As a woman, Arlene was a trailblazer. And as a philanthropist, she is not only paying forward her own Ursinus and life experience but also, yet again, setting new standards for giving. I hope this level and type of commitment inspires others to follow her lead, so that Ursinus can continue its historical strength in graduating high-achieving well-rounded students who impact others for the common good,” adds Ursinus President Jill Leauber Marsteller ’78, P’18.

McLean says the Andrews Family Fellows program is named in honor of her parents, who did not attend college, but encouraged all her own educational pursuits.

After Ursinus, McLean pursued a job in statistics and then earned her master’s degree; taught in a master’s program at Villanova; and went on to earn her Ph.D. Her career included publication in 62 scientific peer-reviewed journals and participation in scientific presentations worldwide.

“I just kept going,” she says. “I think working on vaccines—doing clinical studies, introductory talks in the U.S. and the world, and getting licenses—was my favorite contribution, but the most rewarding in many ways was much later, when I consulted with a lot of start-up companies and helped them with their plans. I was like a mentor to them.”

Through this gift, McLean is continuing that love of mentorship by giving back to the college. Now approaching her 60th class reunion this spring, she has expressed gratitude toward Ursinus for the support she received as a student and hopes that it will inspire current students to do the same at the end of their careers.

“I want to instill a culture of giving back and helping and mentoring others,” she says.

Get Involved with Alumni Council

The Best Bears Among Us