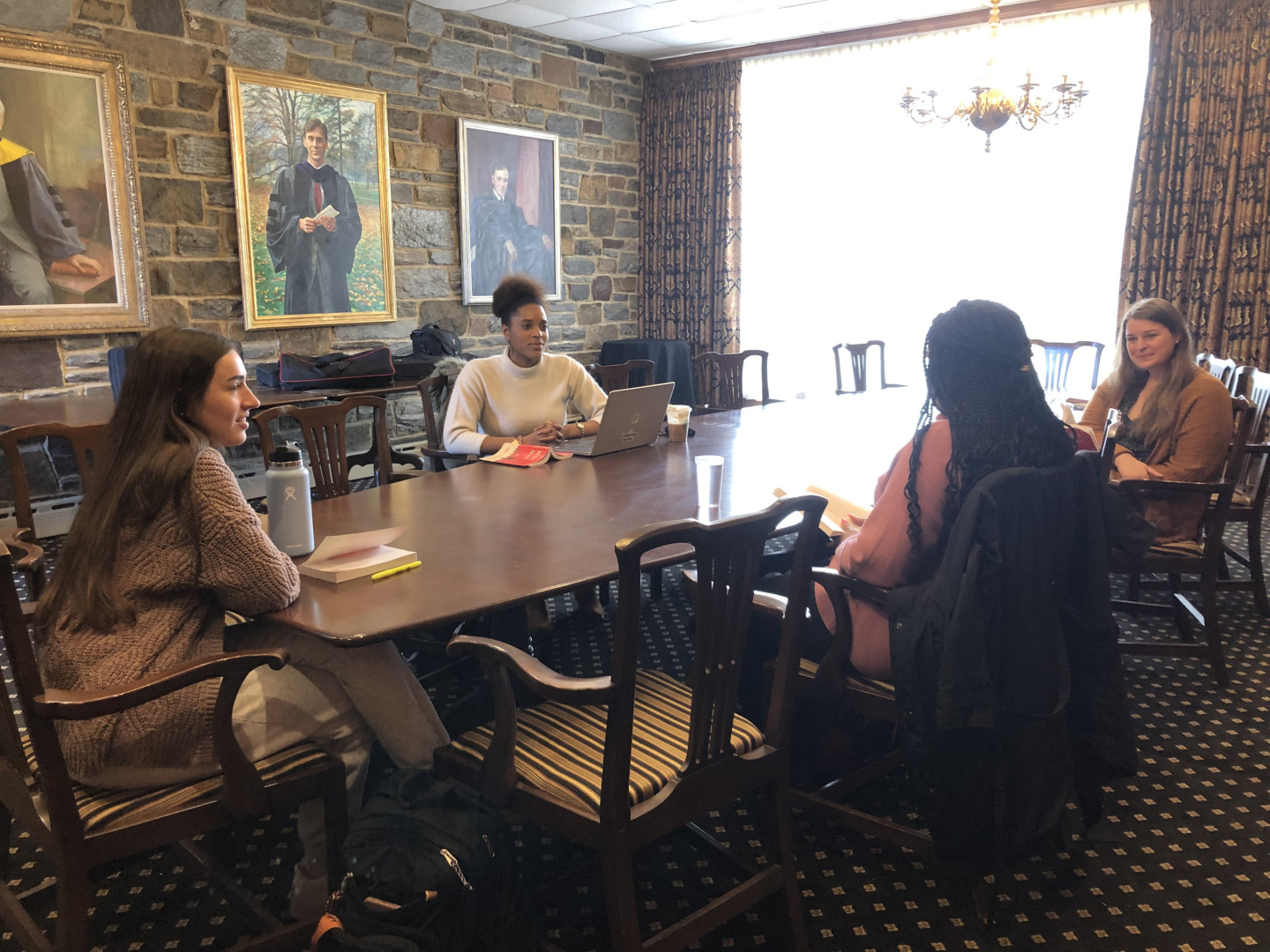 Literature focusing on the African American experience is at the heart of a book club that members view as an extension of the Common Intellectual Experience (CIE).
HomepageNewsTo Honor the Late Rev. Rice, Book Club Spends Time with Baldwin
by Jennifer Meininger Wolfe June 06, 2022

Serena Rose Gaskin ’23, a Bonner Leader who is vice president of the chapel program, serves as student director of the OSP (On the Same Page) Reads book club. Now in its fifth year, the student-led club—which has also been known as T.A.B. Time (short for Talks About Baldwin and Time Alone with Baldwin)—was created by Codi Yhap ’20 during his sophomore year in memory of the Rev. Charles Rice (1957-2017). Initially funded by a Harold C. Smith Grant, and then by an Inclusive Community Grant, the aim of the club was to provide students with the tools they need to find their voice in conversations about social justice, religion, and vocation.

The name may have changed, but “the initiative and the mission of the club are still the same,” said Gaskin, who joined the club as a first-year student. “We’re still trying to have students—and anyone involved in the club—read about the African American experience.”

Membership is comprised primarily of students who received the Rev. Charles Rice Memorial Scholarship, or who participate in the W.R. Crigler Program for Student Success or the Bonner Leaders Program. “We want to keep the group small,” said Gaskin. “These are critical conversations we’re having so we want to make sure that people who come are prepared and ready to talk about the book we’re reading.”

Gaskin appreciates having the opportunity to discuss topics that may not be addressed in the classroom. “The club is a great open space for everyone who’s there to feel comfortable to talk about issues and topics and things that they might not be able to do in other spaces. And because it’s such a small group, it’s also a nice way of establishing intimacy and vulnerability.”

The group focuses on one book each semester, discussing chapters on a biweekly basis. Begin Again: James Baldwin’s America and Its Urgent Lessons for Our Own by Eddie S. Glaude Jr. was the selection for the spring semester.

“I think of the book club as an extension of what we’re learning about in our CIE classes and part of the curriculum,” said Laura Cunningham, director of the Smith Scholars Program and faculty adviser of OSP Reads. “We talk a lot about the history, and we talk about how students interact with the themes of minoritized populations and the experiences on campus. And we do that within the context of maybe what has happened in the past or what is currently happening in our world.”

“My role with this book club is to first be a learner, and to listen to students as they interact and engage with the books and then also share about their experiences at Ursinus,” said Cunningham. “Secondly, I also provide a hopefully helpful presence to help guide the conversations as we’re talking about maybe some potentially heavy themes throughout the books.”