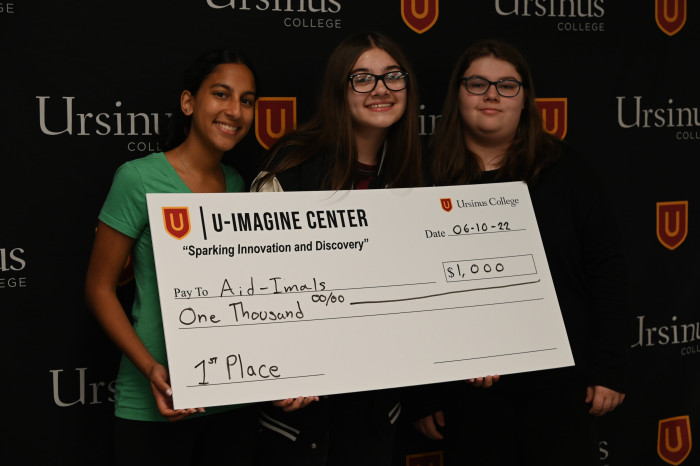 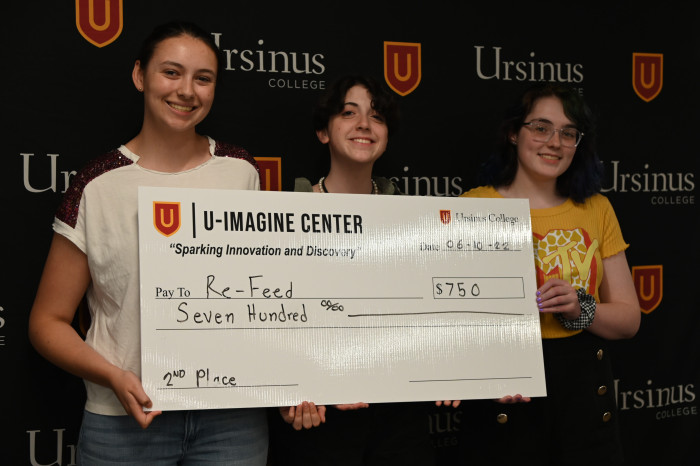 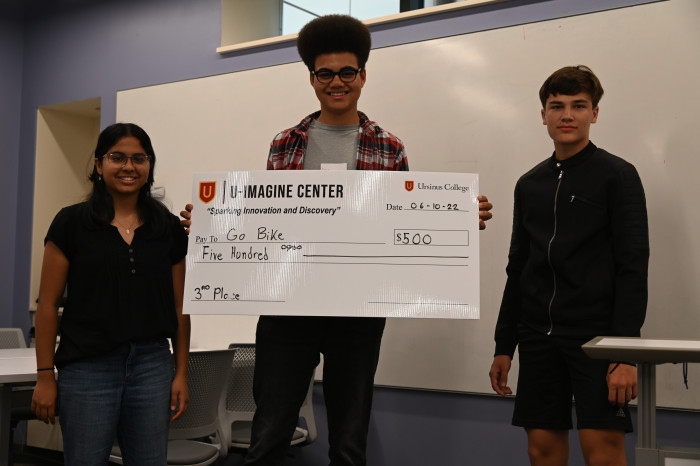 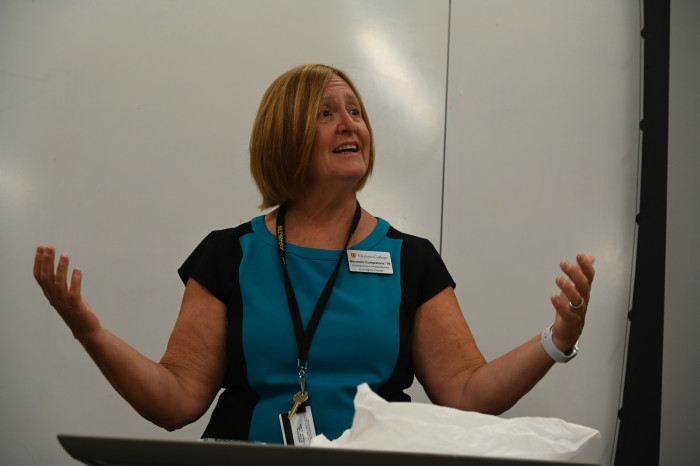 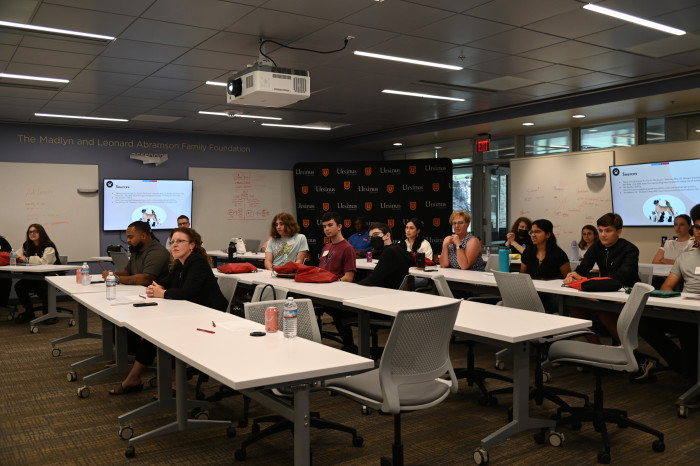 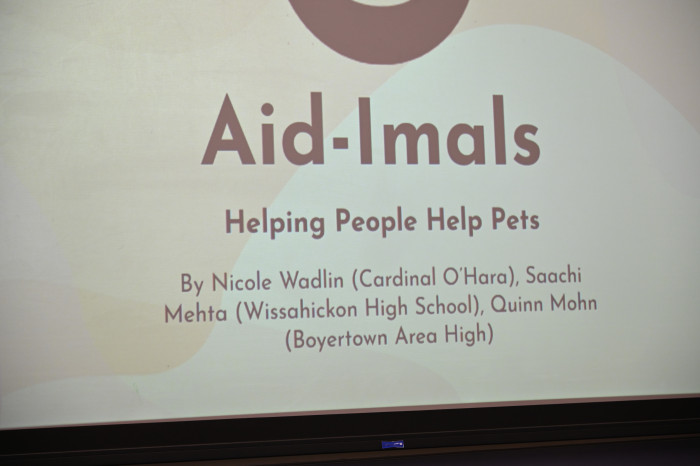 This June, high schoolers from across the country had a sample of Ursinus College’s greatest entrepreneurial opportunity.

For eight years, the U-Imagine Center for Integrative and Entrepreneurial Studies has hosted one of the greatest opportunities for an Ursinus student: the BEAR (Be Entrepreneurial and Roar) Competition. This annual free-form event awards cash prizes to big thinkers.

Fourteen rising seniors from high schools near and far made up five teams of complete strangers. With three cash prizes at stake, each team developed a pitch for an entrepreneurial idea, all in one morning. 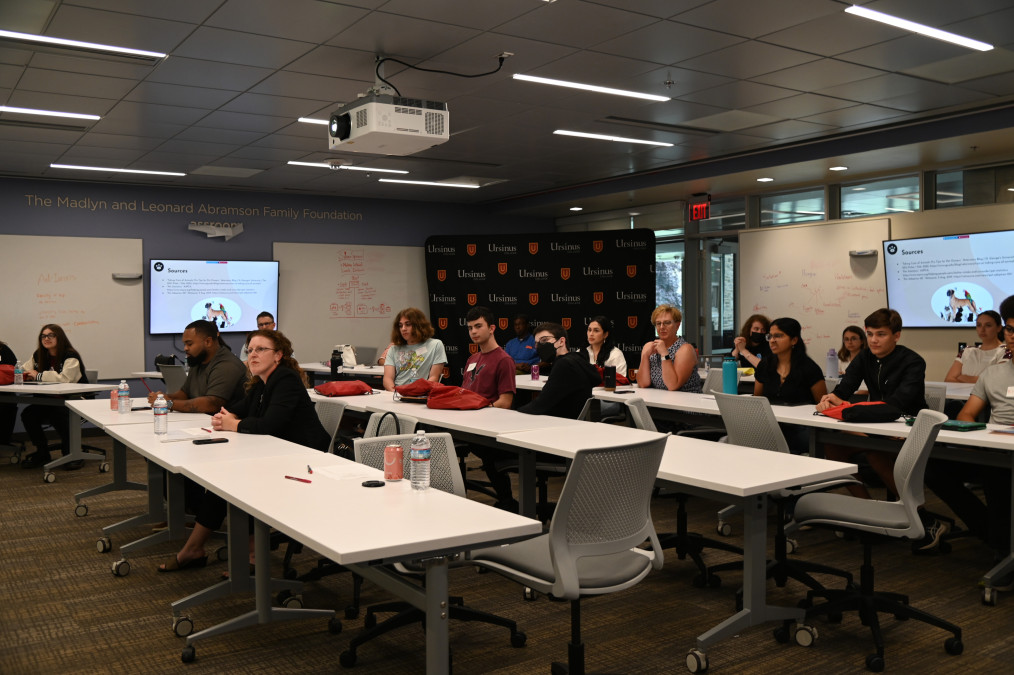 The results were outstanding. On that Saturday morning, kicked off by keynote speaker and entrepreneur Julian Spain ’20, students had important missions on their minds. They proposed plans that included creating hydrogen cars and repurposing food waste. There was one theme that won the day, with a hand in every single project: sustainability. The three winning teams approached this matter with great care and poise, addressing three completely different kinds of ecological responsibility.

In third place, winning $500, was the team Go-Bike. The three students, Pajijee Dhinesh (North Penn High School), Orion Newell (Hatboro Horsham High School), and Kieran Wamba (Hastings High School), pitched a device that would encourage cycling as a reasonable means of transportation by making maps, speed, temperature, and other pertinent information readily available from the handlebars of your bike. “We wanted to make bikes safer for the roads,” said Newell. In a landscape of concrete islands and six-lane highways, the group’s idea has important implications for transportation in America. 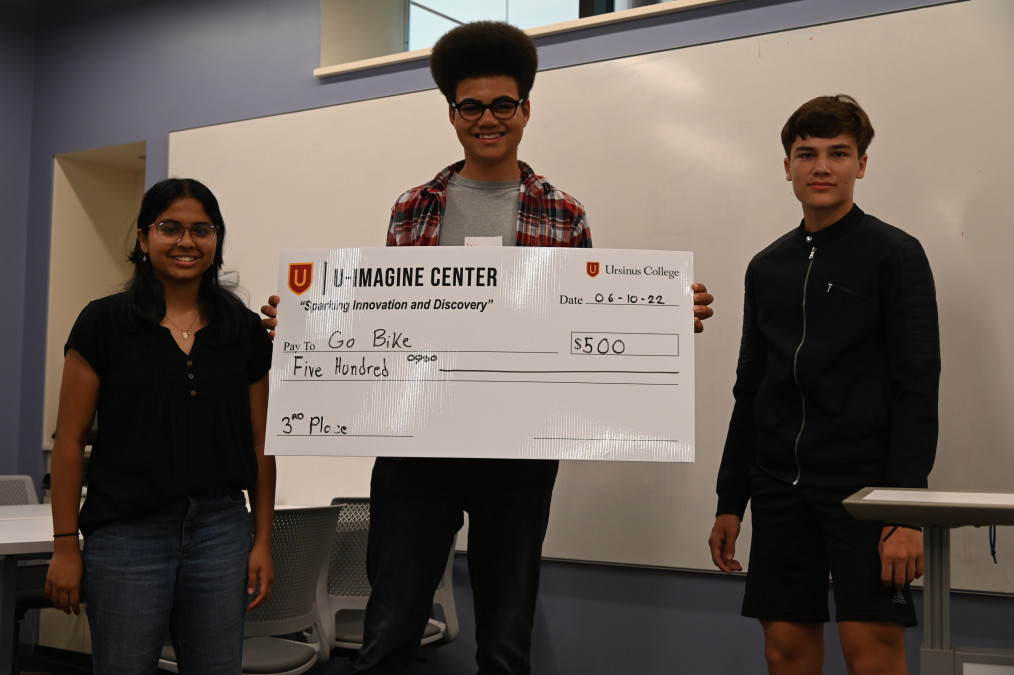 The team Re-Feed won second place, with a cash prize of $750. Their project was to collect food waste from restaurants, stores, and private donors, and redistribute that food to meal centers and other organizations supporting people in need. The three team members were Julia LoConte (Liberty High School), Chey Nicely (Littleton High School), and Ella Koup (Great Valley High School). Nicely made the trek from Colorado with her mom after reading about the competition. 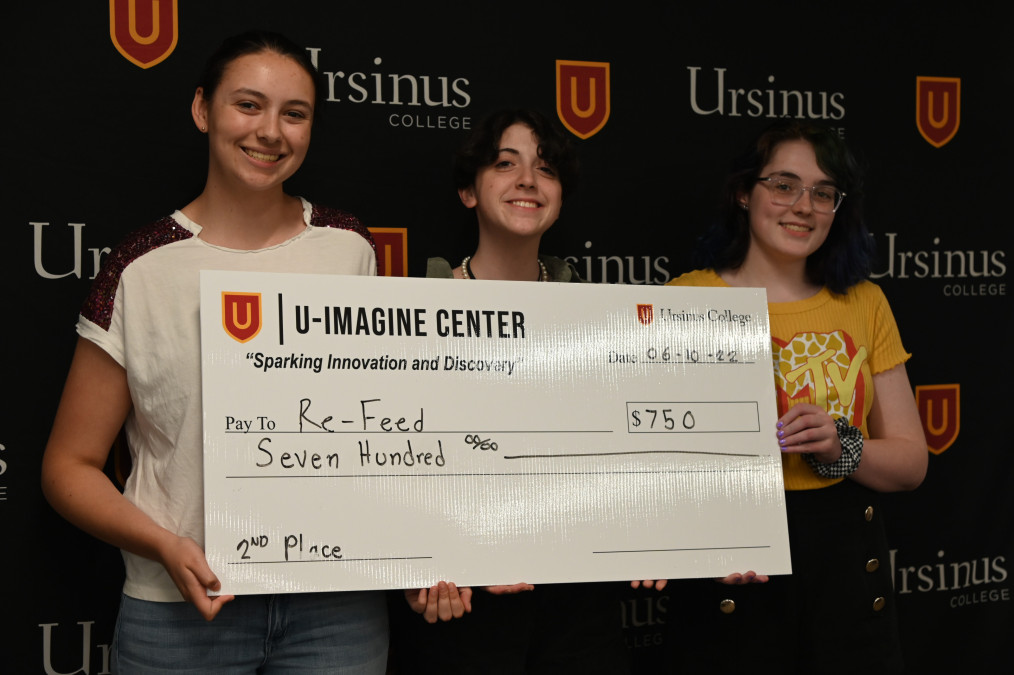 The group, whose first brainstorming theme was education, decided they wanted to move in another direction. “We discussed wanting to do sustainability instead,” said Nicely. “And this was the first idea we all felt passionate about.” The three argued that food waste was a major problem with a simple, symbiotic solution: provide the hungry with food. LoConte, an actor who’s interested in teaching secondary school, can see herself entering competitions like this in the future.

In college, Koup wants to combine her passions of music and writing, and Nicely hopes to train as a literary editor. All three set their sights on making sure the people around them have enough.

First place went to a team called Aid-imals, whose pitch was an application that connected future pet owners with animal shelters. Their library of shelters would be constantly updated and displayed to users based on their preferred distance range. The members, Kayla Mohn (Boyertown Area Senior High School), Saachi Mehta (Wissahickon High School), and Nicole Wadlin (Cardinal O’Hara High School), all have animals of their own. 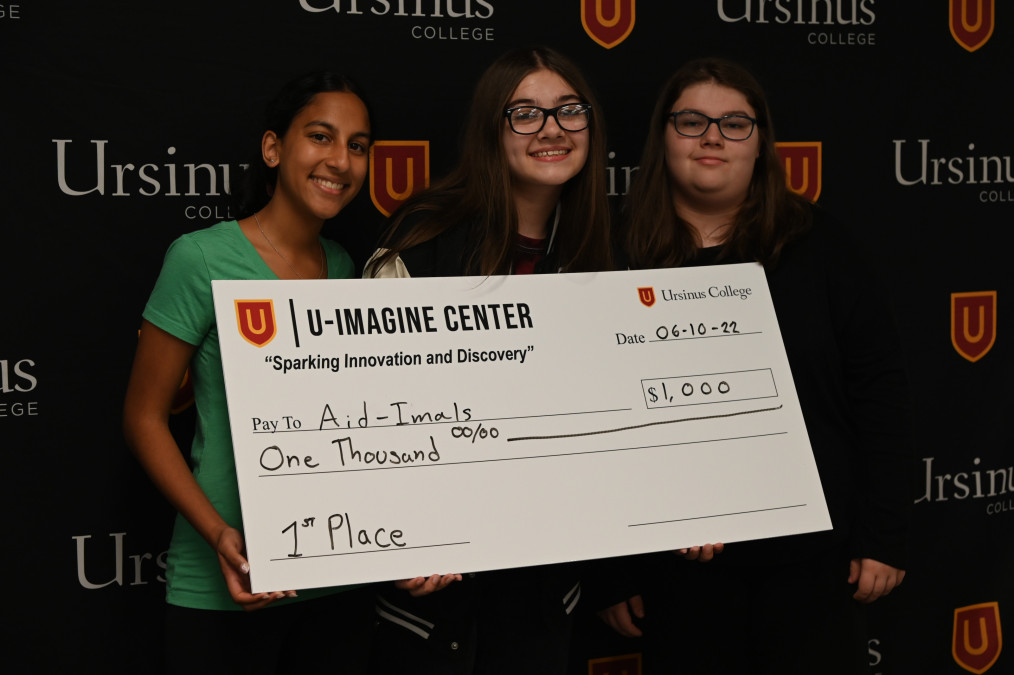 Mohn has two cats named Nico and Phantom, and a snake, Apollo. Wadlin has a dog named Riley, and Mehta has a dog, Lola. All three students plan to study biology. In college, Mehta hopes to combine that discipline with mathematics, while Wadlin plans to pursue a double major with psychology, and Mohn hopes to study medicine and become a veterinarian. 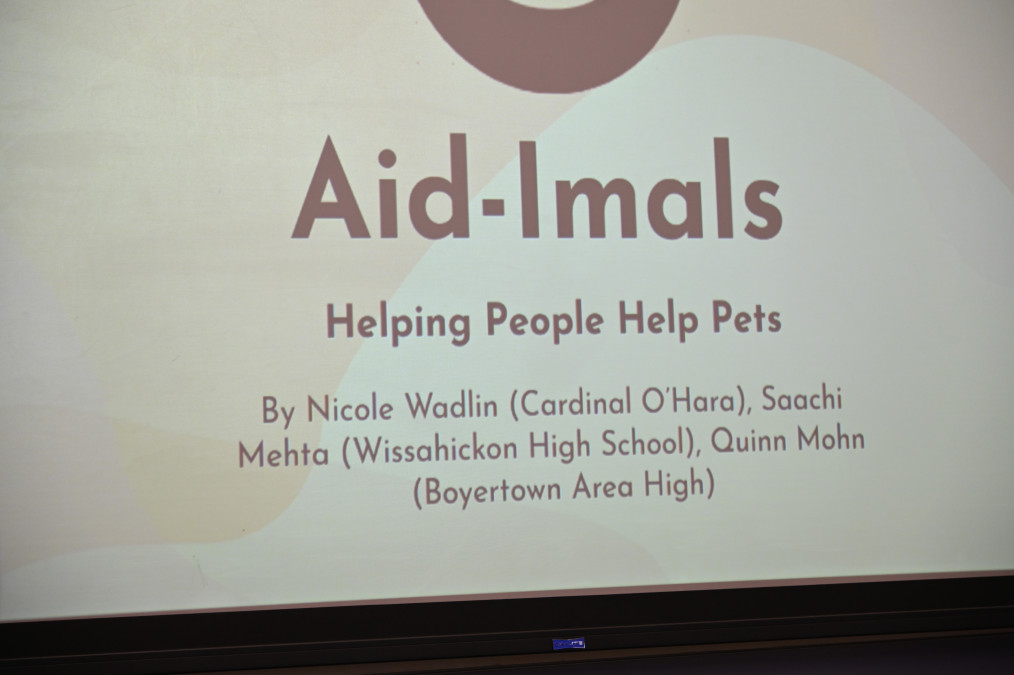 After a successful first year, Entrepreneur-in-Residence Maureen Cumpstone sees an even larger competition next June. “We capped participation and had a wait list,” said Cumpstone. “Given the structure of the competition, we could have easily hosted 15 more students.” 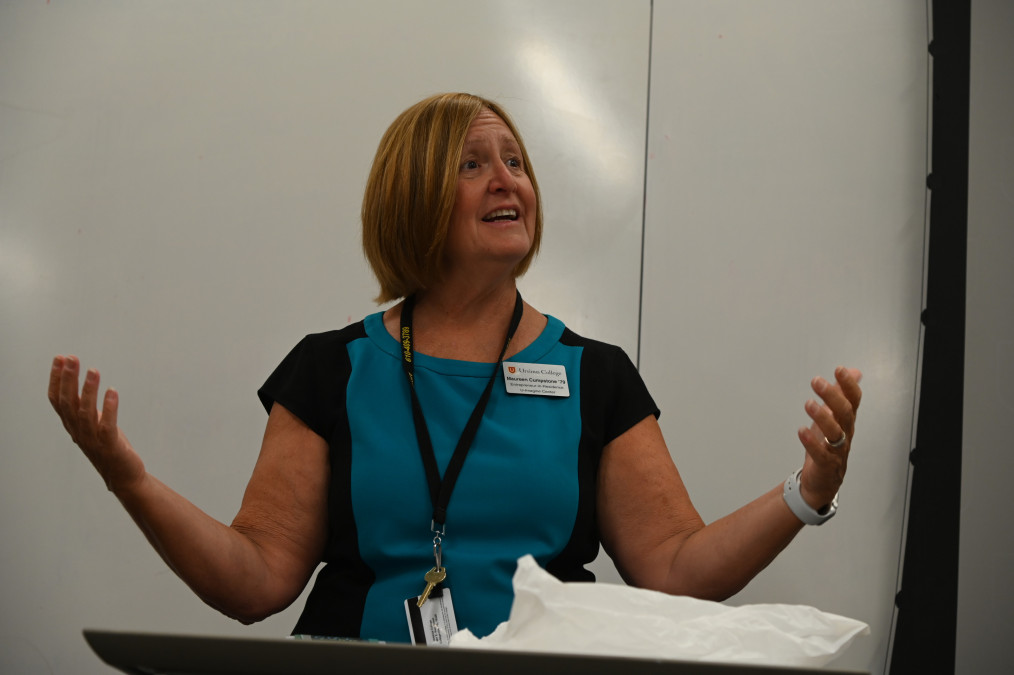 Every high schooler who competed plans to apply to Ursinus College this coming school year, so this may not be their last stint with the BEAR Innovation Competition.