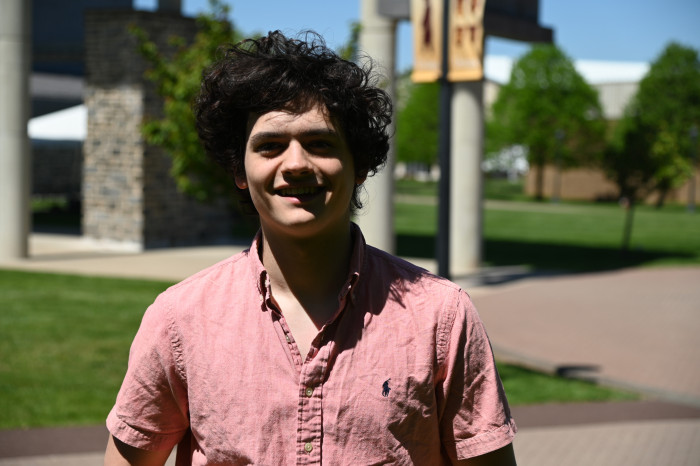 Joey Nolan ’24 in front of Kaleidoscope 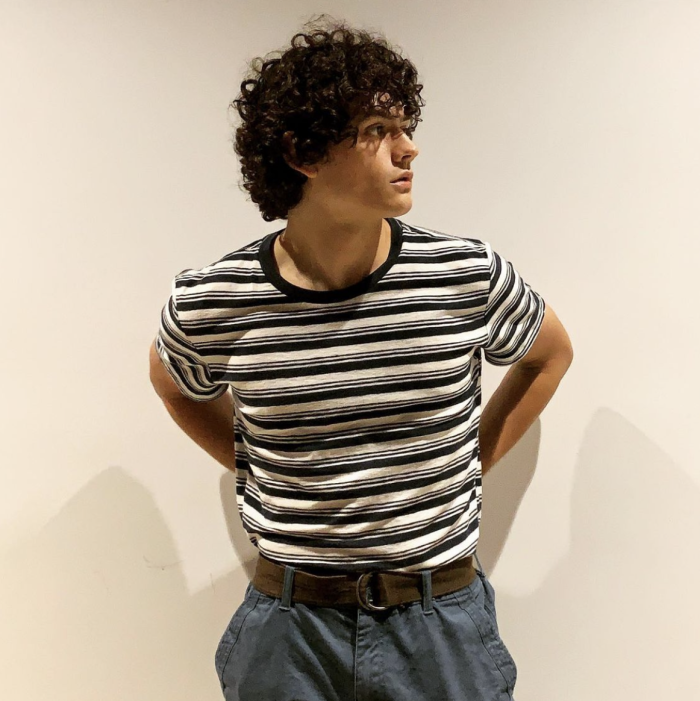 Joey Nolan ’24 applied to an array of elite acting programs for the summer of 2022. Submitting his application to such institutions as the Stella Adler Studio of Acting, The New York Conservatory for Drama, and the Atlantic Theater Program, Nolan braced himself for disappointment. In spring of 2022 , he was accepted into all of them.

Nolan has been training to act for most of his life—after playing Peter Pan in an elementary-school play, the fourth-grader’s bond with acting was sealed. Today, Nolan is the recipient of Ursinus’s $160,000 Theater Program Scholarship, which awards $40,000 in tuition each year to selected students. An Environmental Studies and Theater double-major, Nolan is constantly looking to develop his craft and expand his vision. With the help of professors Domenick Scudera and Meghan Brodie ’00, he found a way to take his passion to the next level.

Nolan even won a scholarship to attend Atlantic Theater’s Summer Intensive Acting Program, a program started by one of Nolan’s all-time favorite actors, William H. Macy (who guest-taught on the weekends).

“I was not expecting the program to provide me with the networking opportunities that it did, or to change my life as much as it did,” said Nolan, who had opportunities to interact with Broadway directors and actors, as well as a senior casting director from Warner Brothers.

“I was working with some of the best acting coaches out there, namely Anya Saffir,” Nolan said. Saffir is a theater director, writer, and professor who has taught at Harvard University, New York University, and Penn State University (both stateside and at its graduate school in Melbourne, Australia). “The work we did in class helped me to learn to breathe in ways that taught me to ground myself and put all of my attention outward to improve my ability, not only to act, but to exist and connect with other people, and even myself.”

Looking forward, Nolan hopes to combine his love of acting with his mission to protect the environment. To Nolan, actors are storytellers. While his acting experiences have made him very good at what he does, it is important to him that he tells the right story, a tale that he is currently unraveling in his environmental science major.

For now, Nolan has set his sights on studying abroad during the spring of his junior year, acting in various college plays, and bringing his Atlantic experiences back to Ursinus.